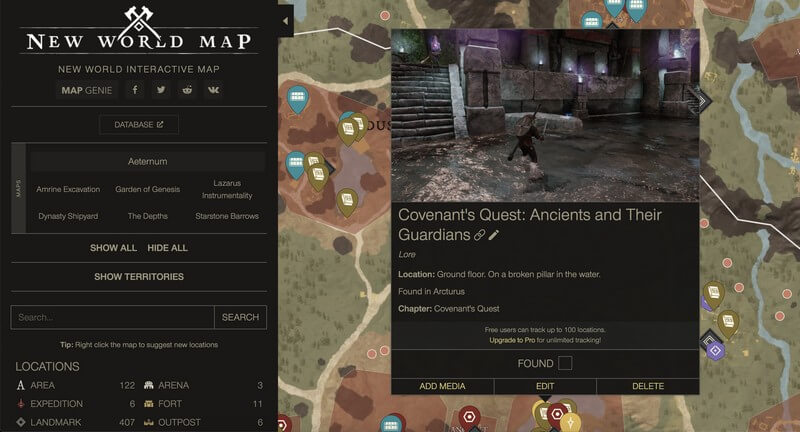 Myself and a couple of others have been putting together a New World interactive map for a couple of months now! There are almost 20,000 points marked out – and there are still a ton of things to add!

There are also separate maps for each of the expeditions:

We’re mapping out almost everything in the world (including all resources) – it’s not complete yet (because the game is H U G E) – but eventually the plan is that every last mining node & animal spawn will be there!

Some of the stuff on the maps:

This whole thing is a huge work-in-progress (including adding more features to try and make using such a large map more convenient).