One of the best Terraria Hardmode NPCs. In fact, his job is selling magic items. Moreover, you can find him in the cavern layer underground.  He often changes his typical quote. He comments on the player’s luck. Obviously, it is the only way to calculate a player’s luck value in Terraria. 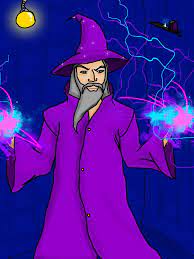 He fears Plantera Boss. For this reason, he appears and show up if Plantera is beaten. He is another commerce man who sell mine launcher, rockets, and nanites.

He collects money from the other NPCs in your world. You can have this unique Terraria Harmode NPC if you use a purification powder on a tortured soul in the underworld. Bear in mind that a tortured soul can spawn once the Wall of Flesh is beaten. Moreover, he is sometimes aggressive as he will not hesitate to attack enemies with his famous cane in order to defend himself. 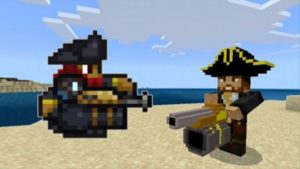 Once you defeat the Pirate Invasion, you will enjoy the opportunity to meet this amazing Terraria Hardmode NPC. Besides, he works in the commerce field as he sells the cannon and other pirate-oriented items. 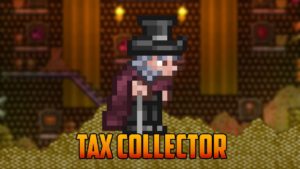 Another Terraria Hardmode NPC whose availability is linked to the defeat of the Mechanical Boss. In fact, he sells Jetpacks as well as teleporters. Nice Lad!

He is not a flower don’t worry. The Truffle unlike other Terraria Hardmode NPCs appears when there is a house available in a above ground glowing mushroom biome. His job is selling auto-hammer and mushroom-oriented objects. He will do good for Terraria players.

The Princess moves in once every NPC moves in to the players world. (not including santa). She sells  vanity items and furniture. There 12.5% tp drop Resonance Scepter if she passes away or someone kills her. She shows up once every Terraria NPC appears in your world with the exeption of SAnta Claus.

As the name suggest, you won’t face issues to guess that this Terraria Hardmode NPC shows in December in Christmas. In addition, he appears if Frost Legion is defeated. Furthermore, he obviously sells the Santa set, coloured lights, and Christmas trees.

That’s all for you Terraria NPCs : we have met so far Prehard mode NPCs and now we finish this NPC guide with Terraria Hardmode NPcs.