Valheim world is hugely immense which makes it harder for beginners or even the experts to discover and navigate into more places. In the absence of fast travel points and shortcuts, teleportation feature is ultimately needed so that players can save time.

Good news Fellas! Teleportation can be unlocked easily in our game which gives you the opportunity of making your trips backwards and forwards between continents faster and effortlessly. The teleportation feature grants a couple of significant privileges such as : 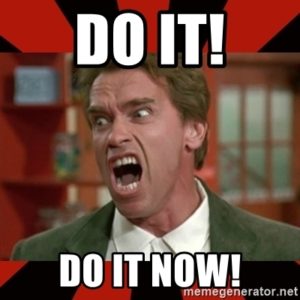 Simply, if you don’t beat the first boss you can’t unlock the teleportation feature. No Boss victory No party dude ! In fact, beating Eikthyr allows you to get the Pickaxe, mine copper and tin. Next, you have to start melting the bronze because you need the Bronze Axe in order to get the Fine Wood. In addition, you need Surtling cores.

Therefore, return to explore Burial Chambers in the Black Forest. Don’t stress yourself as you can earn them in the swamps also. Thanks to the Bronze Axe and the Fine wood the Teleport Portal will feature in the first “Miscellaneous item ” tab of the Hammer construction menu.

It is worth noting that the Cost of a teleportation portal is: 20Precious Wood, 10GrayDwarf Eyes, 2Surtling Core.

First things first, construct your first portal in your main base. It can be outdoors given that portal do not have roofs. Press “E” by default to open the marker and then assign your portal a name or number. We recommend you add your portal’s icon straight away with its identifier on the map to recognize its position and the code later. Indeed, the mast advice is useful as we assume that the intense challenges in the game will cause you bad memory issues.

Unless you built a second portal elsewhere, Your first portal is worthless. Indeed, your Valheim’s world would be admirable if you go exploring holding your appropriate items in your inventory, saving both time and efforts, and avoiding redundant round trips. We need to highlight that you a level 1 workbench within range to build a portal.

Once you finish building your second built, you must input the same marker code in order to link it with the first portal. Now, things are easy you can cross your portal and teleport automatically and enjoy your short new trip.

Building the 3rd is quite tiring and exhausting. Thing is that you cannot by any means have more than portals connected by the same marker. If you give the same marker to the 3rd portal, nothing will happen, and you will not be able to use it to return. You have to anticipate in order to avoid the problem.